The use of Google Ad Grants

Non-profit organisations, such as music venues, don't often have much budget available to spend on showing consumers (expensive) advertisements via Google. Google aims to help non-profit organisations with a specific application: Google Ad Grants. In the blog, you can read exactly what Ad Grants is and what steps you have to take to use it!

The introduction of Google Ads

To get a better understanding of Google Ad Grants, you’ll need to know a little about Google Ads. Google Ads is a Google advertising program which allows (online) marketers and Ads specialists to show advertisements to a search engine’s users.

Google Ads also provides information about the number of times a people enter a search term into Google (search volume), how much it costs you when a user clicks on your link (Cost-per-click / CPC) and how many companies are advertising using the same term (competition level).

What is Google Ad Grants?

Google Ad Grants provides a 'free' advertising budget for non-profit organisations, which Google has lovingly dubbed 'grantees'. The purpose of this 'free' money is to help them reach potential investors and volunteers through advertisements.

The main goals of Google Ad Grants for pop venues

Can I use Google Ad Grants?

You will find a complete overview of the conditions for using at Google Ad Grants. 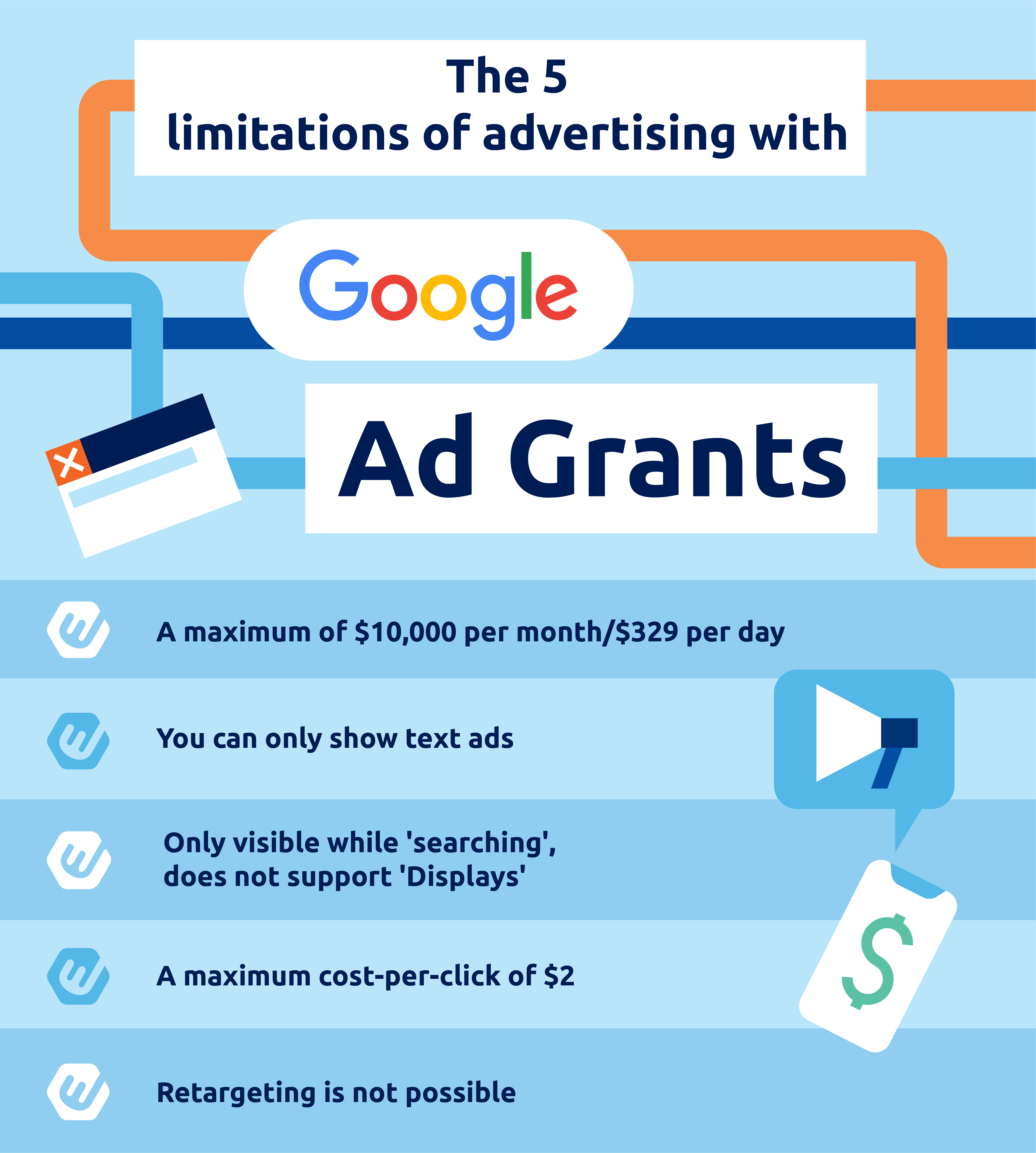 Keyword research is always advisable, and proper research is even more important when it comes to Google Ad Grants. After all, you can only show text ads and have a maximum CPC of $2. People are more likely to click on images and videos and some keywords cost more than $2 per click. You’ll be able to compete, but the chance that you’ll rank high on Google is very small due to the competition - who will probably have a higher CPC.

It’s important to find keywords that are relevant to your organisation and are cheaper than $2.
Google’s Keyword Planner or Ubersuggest are useful (and free!) tools for doing keyword research.

There are several factors that make an advertisement successful: Is the text clear? Does it provoke a Call To Action? Will the right people see the ad?

No matter how great your ad is, if it’s not visible within the geolocation where your target group is, it will never reach its full potential. For example, if a pop venue in the north of Limburg is going to advertise, it makes no sense to advertise at the geolocation 'Groningen'. No matter how interested people are in becoming volunteers, it’s unlikely anyone is going to travel for three hours in each direction to do it.

Geolocation advertising ensures that your advertisement is visible within a specific area. If you want a lot of volunteers who have a (strong) bond with a particular city, it's best to use that city as your geolocation. If you want volunteers who are more familiar with the wider region, you can use that region as your geolocation. You can carry out geolocation advertisements on different scales, such as city, region or province. 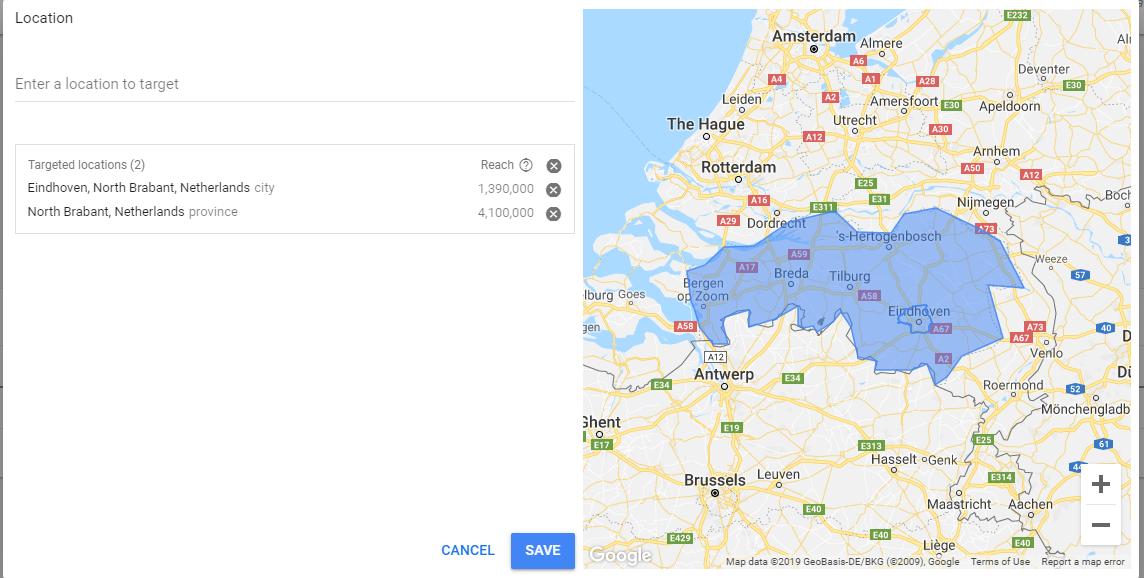 How do I sign up for Google Ad Grants?

It’s effortless. Register on the Google Ad Grants page and your application will be reviewed extensively. If you get Google Ad Grants status, your ads must be 'non-profit'. Google will recognise an advertisement with 'Buy tickets' as being commercial and you could lose your Google Ad Grant status. You don’t want the whole application process to have been a waste of time.

Due to the limitations of Google Ad Grants, we recommend that you also use a paid Google Ad Account so you can set the CPC (Cost-Per-Click) higher than $2 if you need to. With a higher CPC, you can compete better with specific keywords and get a higher ranking on Google.

If you’ve been advertising for a while, for example, a month or even half a year, you can try to improve your ads. Don't do this every week though; a week is too short to draw any real conclusions about your ads. Google needs time to apply your advertisement to the search results properly. To help you continuously improve your ads, we’ve provided ten points of attention that you can use to get the most out of Google Ad Grants.

If you want to know more about Google Ad Grants, Google's page has all the information you’ll need.

Discover all the great possibilities Eventix has to offer and begin building your crowd.

Do you already have an account? Please login with your email address.

I’m looking for my tickets

Lost your tickets, or haven't received them? No problem, we can help you find them.

Create an account for free and immediately start your first event.

Do you already have an account? Please login with your email address.

I’m looking for my tickets

Lost your tickets, or haven't received them? No problem, we can help you find them.

Create an account for free and immediately start your first event.